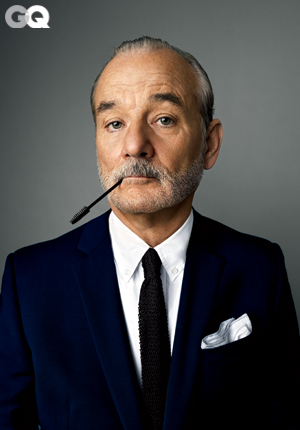 The current issue of GQ magazine (yes, I read GQ magazine) has a fantastic article about, actor/comedian/legend, Bill Murray. The article goes into this mystique around the pseudo-reclusive Murray, how he pops up random places at random times, like kickball games at local parks, or photo-bombing tourist in Times Square. I even met a woman who said he walked into a bar in Austin Texas and made drinks for people the entire night. No one ever sees him get in or out of a car, and no one ever knows where he comes from, or where he’s going, let alone what his next movie role will be. He’s known for only taking what he wants, these days acting mostly in indie films. He doesn’t have a blog, or a YouTube channel and rarely gives interviews (GQ admits that they were lucky) making him a cult icon, as well as a bit of a ghost.

And that’s the point.

Bill Murray is cut from the cloth of old celebrity, back when celebrities were…celebrities (granted, the whole notion of celebrity is perverse in nature, but still.) Back when you felt connected to the fact that you were disconnected from them. That they were untouchable. That they were magic.

Michael Jordan. Michael Jackson. Marilyn Monroe. There are a some contemporaries like Andre 3000, Johnny Depp, and even, amazingly, Jay-Z, but these days they are few and far between, and become fewer by the second because the paradigm now says that celebrity is all about over-exposure and transparency. There’s a part of me that appreciates the transparency, but not when it’s false or to boast opulence (MTV Cribs and TMZ…the beginning of the end.) And there’s another side of me that likes not knowing EVERYTHING about you.

The celebrity of old gave just enough before vanishing, forcing you to look for them.

If I’m ever famous (Ha!) I’m pulling from the book of Murray. Don’t expect me to overload this blog with pictures of me uploaded by “my assistant.” Instead, look for me at the far end of the bar, or in the corner of the bookstores I frequent now, drinking tea or beer, and talking trash. But don’t blink, because if you do, I’ll be gone.